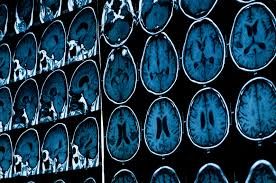 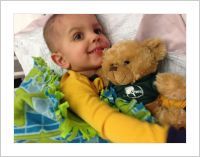 Although hemispherectomy can effectively alleviate intractable epileptic seizures due to Sturge-Weber syndrome, not every patient with SWS needs surgery. In cases where surgery is recommended, the timing of the surgery remains controversial. The rarity and extreme clinical variability of the syndrome both make it difficult to predict the likely outcome of a given patient at an early age or to establish beyond doubt the effectiveness of proposed treatment. Therefore, a definitive recommendation concerning surgery for Sturge-Weber syndrome will have to await additional information, and until then a decision to perform hemispherectomy should continue to be made on a case-by-case basis depending on the needs of a given patient.

Several factors need to be considered when contemplating surgery for Sturge-Weber syndrome:

At least 15% of patients have bilateral intracranial vascular lesions, and these patients would seem to be less suitable candidates for surgery than patients with more limited unilateral disease (although it is not unreasonable to consider surgery if one of the hemispheres is clearly responsible for frequent seizures and the other side is nearly intact). Patients with bilateral disease have a greater likelihood of both intractable seizures and intellectual impairment – the two problems that most often lead to hemispherectomy; nevertheless, bilateral lesions should prompt a more extra cautious approach to surgery.

The extent of the brain lesion is not always accurately depicted by the standard radiographic studies such as computed tomography or magnetic resonance imaging, although magnetic resonance imaging with gadolinium infusion is probably the most sensitive non-invasive procedure at present. The degree of functional impairment as shown by position emission tomography (PET) does not always correlate with the extent of the radiographically evident angioma. Simultaneous videotape-EEG recording, as in other patients with intractable epilepsy, is required to confirm the site of seizure origin.

Several years of experience at several different medical centers suggest strongly that surgery can dramatically reduce or eliminate medically refractory seizures, particularly if the lesion is limited to one hemisphere. Surgery can be endorsed in children with frequent, clinically significant seizures who have failed medical management.

Occasional reports suggest that corpus callosotomy may be of benefit in some Sturge-Weber patients, although few such patients have as yet had this surgery and thus the procedure cannot yet be wholeheartedly endorsed. Since this procedure is typically palliative, this surgery should probably be considered in patients with extensive bilateral lesions who have medically refractory atonic or tonic seizures leading to secondary injuries.

In many patients the first, or even the first several, episodes of seizures are clinically different from the patient’s chronic seizure profile: the first seizures are frequently associated with a new neurological deficit and these acute seizures may be particularly difficult to control. An initial cluster of seizures may fail treatment for several days, only to be followed by months or even years without seizures even without medication. This phenomenon may be the result of a venous occlusion, and in general the patient should not be declared medically refractory during this initial stage.

Complete seizure control is sometimes possible with the newer anticonvulsant medications, particularly with careful attention to minimum serum drug levels and dosing schedules. Few patients have documented intracranial disease yet never have epileptic seizures, but admittedly the incidence of lepromeningeal angioma without epilepsy is unknown.

Larger series of patients in the literature suggest that approximately half of Sturge-Weber patients are intellectually normal or have only mild impairment. These patients would presumably benefit from retaining their hemisphere, particularly if their seizures can be medically controlled. Additional information may help to clarify some of these concerns. The natural history of Sturge-Weber syndrome needs further study, and it is conceivable that patients with less severe symptomatology may be more common than currently known. In the meantime, we propose the following guidelines for considering surgery in Sturge-Weber patients:

Neuroradiographic and video-EEG studies help to define the extent of the lesion and site of seizure origin and, when available, functional studies such as PET or SPECT may prove helpful in some patients.

Corpus callosotomy for Sturge-Weber disease is still under investigation and should be considered as a last resort for patients who meet the above criteria but who would otherwise be inappropriate for hemispherectomy. Corpus callosotomy should probably be reserved for patients with frequent seizures leading to secondary injury.

Whenever possible, any surgery should be done in a center with an ongoing program for epilepsy surgery and age-appropriately facilities for the pre-operative care of the patients.

While the benefits of surgery in the setting of severe refractory seizures is generally accepted, further study to evaluate the natural history and the potential benefits and risks of surgery should be undertaken.