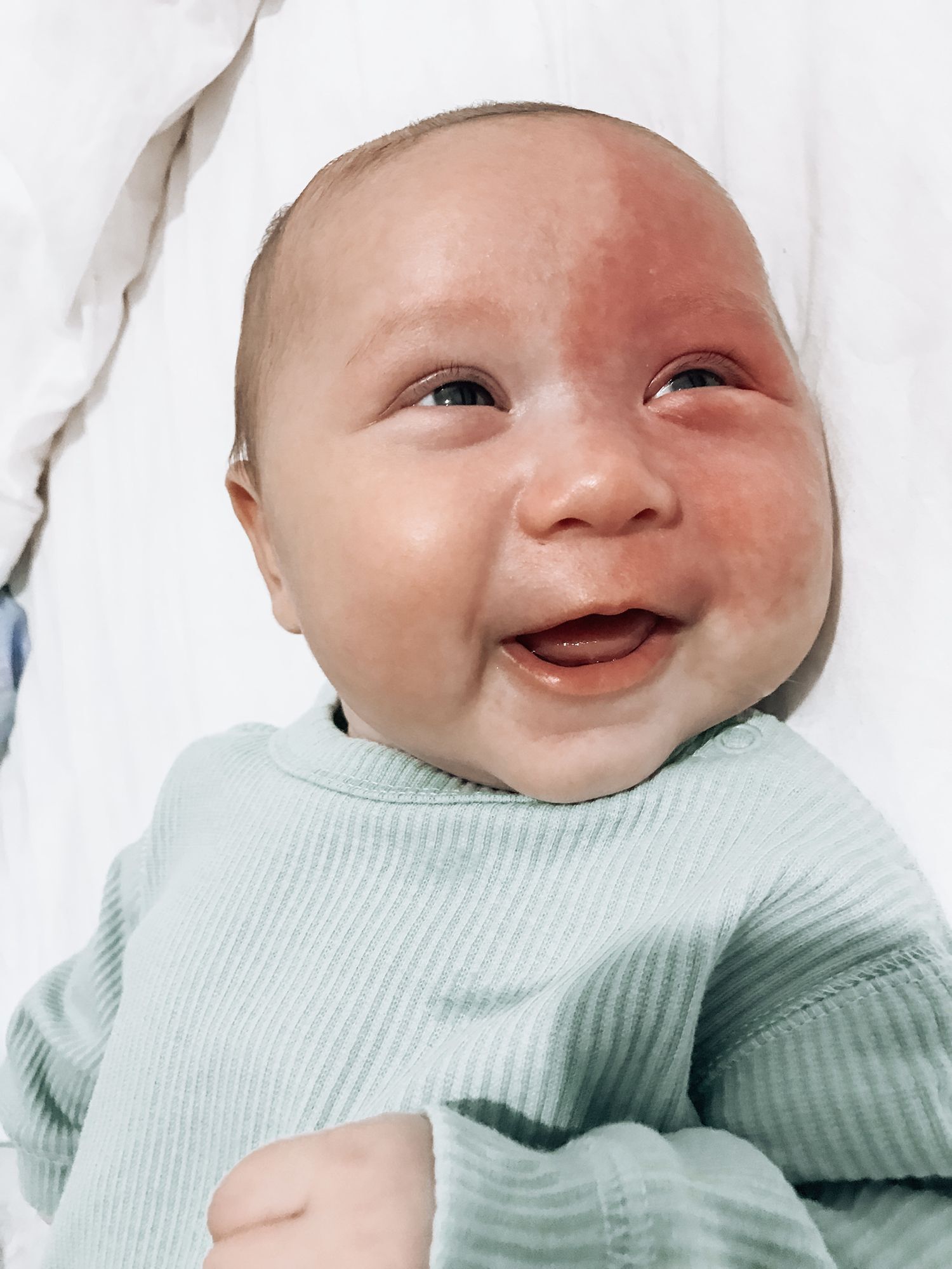 Recently, Brooke Atkins, who lives in Australia with partner Kewene Wallace, made headlines for fighting Internet trolls. They called her a “Monster” for choosing laser treatment on her baby. Brooke didn’t let it get to her. She fought back. Here is her story.

Seven months ago, my beautiful son, Kingsley was born with a PWS. Before we could even research it, we had specialist after specialist come in, informing us of the “bad things” in regards to a PWS. As a mother, I felt I had failed my son like I hadn’t protected him enough inside me.

Apart from his birthmark, he looked perfectly “normal”, a healthy weight of 10 pounds, and a happy, calm little boy. All within the first few days, he was taken through to have an MRI, ultrasound, and eye tests. Thankfully, his MRI and ultrasound were clear but his eye test wasn’t so good. He had a whole heap of pressure in his left eye and his eye began to bulge.

Within the first two months, he was put under twice and had a glaucoma drainage implant put into his eye. It was the scariest thing ever! Because his glaucoma was so bad, they asked for another MRI with contrast–this time around we weren’t so lucky. He was diagnosed with Sturge-Weber syndrome and we were devastated.

Five months old since diagnosis and our son is kicking goals! He can sit up unassisted, dance, has good muscle movement, and has no seizures, yet.

He has had 3 laser treatments in total and has been all over the world in the news for his treatments. After his videos have gone viral, we had people telling me to “put my son down”, “oh, he was so ugly before”, and “wow you are abusive as a mother”. We received a lot of negative comments from random people but we also received a lot of positive comments too.

At the start, I would get so upset and cry but as time went on I realized these comments came from uneducated people and that I need to try to educate them!

Now we are worldwide educating the best we can and couldn’t be more thankful to have the opportunity to share awareness!

Read the original story of the online trolls here.