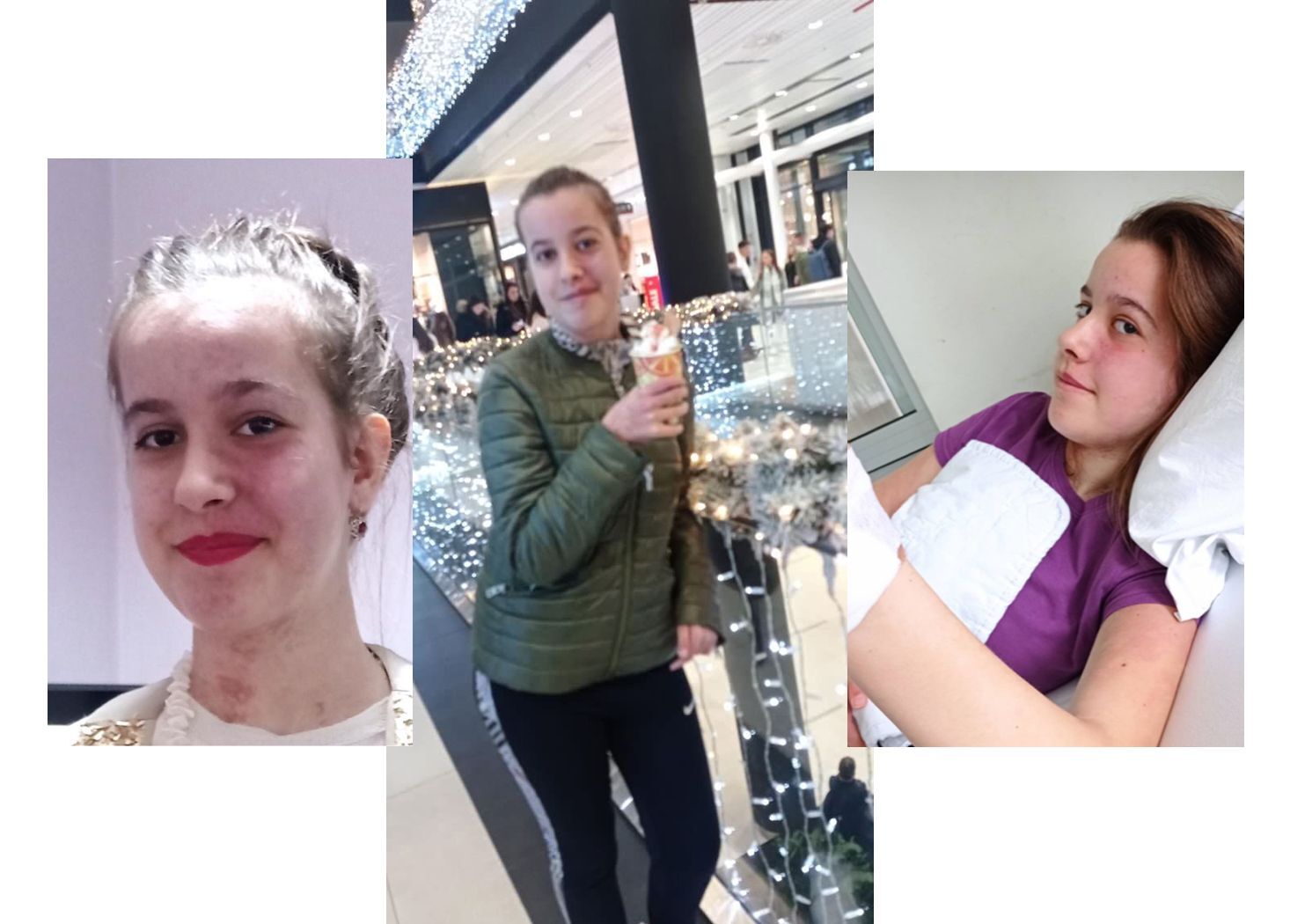 My daughter, Milica is 14.5 years old and has Sturge-Weber syndrome and a port-wine birthmark on the left side of her face as well as certain parts of her body. She is the third child in our family. She was born with port-wine birthmarks on her body, but no other deviations were observed. She developed normally, went to kindergarten, and school, and practiced volleyball, swimming, and singing. She was an independent girl, who developed and behaved just like her older brother and sister.

We encounter Sturge-Weber syndrome when she was 10 years old. In physical education class, she slipped and hit her head on the floor. Then she was disoriented and visibly excited for the first time. A CT scan was performed, and crystallization was observed in the left lower lobe. After that, magnetic resonance was performed, where SWS was established, and we are referring to Digital Subtraction Angiography (DSA), after which she fell ill and fell into a coma.

Before the failure at school until the DSA angiography was taken, she behaved normally, was independent, and studied normally. After recovery, even today, she has a problem with learning, she is not able to master the material. Her speech is limited. She has had epileptic attacks that are manifested by the loss of speech, or the loss of the right arm, then the leg, and involuntary twitching of the stomach. Attacks last from 15-30 and even 40 seconds. For the last six months, the attacks have been in the form of sideways glances that last a few moments.

I probably mentioned before that I have two older children, a 19-year-old son, and a 16.5-year-old daughter, without any health problems.

There are doctors in Serbia who have never heard of this disease. There is no record of the number of patients or any association. Our neurologist is one of the best in the region, and she makes a lot of effort to provide support both to the sick children and to us, the frightened parents.

Our health care does not have a developed system for studying rare diseases, nor programs and equipment. Our family wants to participate in research in order to help patients, to find the appropriate medicine, give them a better tomorrow, and spread education and experiences about this disease; for the sick to be socially accepted.