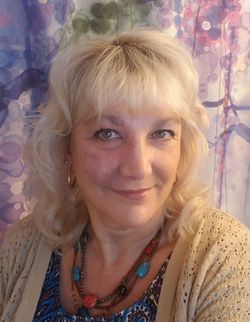 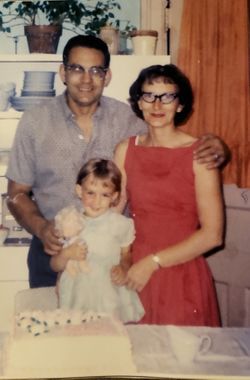 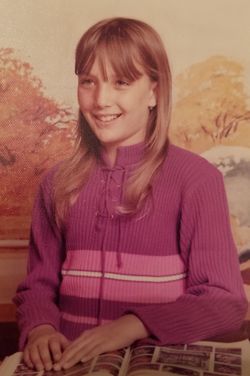 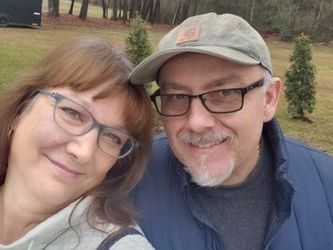 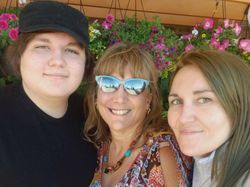 This is my story.

Perspective: (noun) – a particular attitude toward or way of regarding something; a point of view

Perception: (noun) – the state of being or process of becoming aware of something through the senses; a way of regarding, understanding, or interpreting something; a mental impression

Perspective and perception are two words that come to mind when deciphering the world of a person with Sturge-Weber syndrome and a port wine stain.

Getting through the tough moments is a process that takes a person through so many emotions.  Needing to determine what to do about getting through times where you want to hide, not be seen, not be looked at and not to feel like something is wrong with you is different for any person regardless who you are.

I have lived a life in which getting through the tough times was just part of daily life.   As a child, I do not remember when I realized that I looked different.   I was not treated differently in my family.   I had two older brothers, cousins, grandparents, aunts, uncles, and two loving parents in which I was just part of the family.

Making friends and going to school was the start of my realization that I looked different and that people would look at me and see a large pink birthmark on my face.

Understanding this and why I looked different as a child caused a flood of emotions, confusion and sometimes anger and frustration.    I was a smart child and understood quickly that I was going to have to figure out how to deal with this.    Looking back at my life and what has transpired over the years getting to this point in my life was definitely a challenge.

I was lucky enough to have two loving parents who did not treat me differently.   This taught me that not only was I the same as everyone else, but that I did not use my birthmark as an excuse to do or not do what it took to get through life.

Some of the toughest times I can remember as a child was being picked on and bullied.    It was very hard to not get upset when other children would look at you and call you names. Being called Kool-aide face, burn face girl, etc. was excruciating when you knew you were normal like everyone else inside, I just looked different on the outside.

Early on, I was worried about things that other children did not realize or understand.    Trying to fit in, make friends, and do good in school was something that all kids dealt with.  Was anyone going to be my friend, was I ever going to have a boyfriend?    Add to that, being the only girl with a large birthmark on her face and trying to fit in and make friends was so much more difficult.

There are still several positive things that came out of all the difficult times.  Luckily, I only had to change school districts one time when I was 8 years old and in the third grade.   As the years progressed, most of the same kids got to know me and it became less and less of a problem.    Also, since I tended to keep to myself growing up in those younger years, I became a voracious reader.    I paid attention in school, did well and tried to make good grades.   Reading became a pathway to destress and enjoy adventures in my mind not realizing that I was also learning and becoming smarter!

There were always the few bullies that continued to torment me through the years. I either tried to avoid them as much as possible or ignore them.   I was not one to say mean things back as I was already shy enough. I like to think now that I am happier in life than any of them could ever be.

Everyone had their version, but the theme was about the same. They were my protectors without me evening knowing it. They did not even see my birthmark.

When I thought that when my oldest daughter was in middle school and didn’t want me to come to a school event, it was because she was afraid that she would be picked on by having a mom who looked like me. I was told an adamant no. She did not want the other kids to say anything to me that would make me feel bad.   Completely opposite of what I have thought over the years.    Wow, how about that as a protector?

Same for my best friend. She was the first person who became friends with me in 3rd grade. We were both 8 and we are best friends to this day.  She did not see my birthmark either and she told me that she got mad when other kids would stare or make fun of me. Her “mama bear” instinct came out, again as my protector.

Do things happen for a reason? Not sure, but when it comes to my husband of 22 years, I have asked him about why he would want to be with a woman with a birthmark on her face. When I first met him and asked, he showed me a picture of his mother who passed away when he was 17 years old. Phyllis had a port wine stain on her face too. What? My mind instantly understood but did not understand in the same instance.  Yes, he was also a child of a mother with a birthmark so he could relate easily. But why would he want to be seen with a girl with a port wine stain when he understood the effects this could cause. My perception was incorrect. He did not see my birthmark.

As I look back and assess my life, I sure would have liked to tell my younger self so many things.    Do not base your life on what you look like or what condition you have.   What you may have does not define you as a person.   It is only one part and a small part at that.

·   Believe when people tell you they do not even see your birthmark. Take compliments by saying thank you. I am beautiful and why should I not believe it when I am told that.

·   Wear sunscreen. Growing up as a teenager in the 1970’s and sunbathing without sunscreen was a mistake. It made my birthmark darker but I did not know this, nor did my
parents.

·   Get your eyes checked for glaucoma. I did not realize I had it until I was 30 years old.

·   Do not be afraid to have your picture taken. I used to be the person who kind of hid in the background of group pics or kept my head turned so less of my birthmark would
show. To this day, when I take a pic with someone, I still stand on the side where my birthmark is less noticeable. Continued years of doing this is a hard habit to break but I
am trying.

This is my story and for what it’s worth, having a port wine stain didn’t hold me back, it gave me strength.